To make an informed purchasing decision you need to understand some of the phrasing and labelling now appearing on LED lighting packaging, because the game has changed and if you are not correctly informed, it’s more than likely you will walk away with a product which does not perform to your expectations. All of these factors attribute to the cost of an LED lighting product.

LED stands for light emitting diode and it is a semi-conductor light source and when a light-emitting diode is forward biased (switched on), electrons are able to recombine with electron holes within the device, releasing energy in the form of photons. This effect is called electroluminescence and the colour of the light (corresponding to the energy of the photon) is determined by the energy gap of the semiconductor.

The LED is attached to a printed circuit board and mounted within a housing where lensing is fitted and the combination of housing and lens determine the optical characteristics of the LED.

Whilst the ratio of light to heat produced by the outdoor led signs is much higher than for an incandescent lamp they still produce a significant amount of heat, so a critical element of the circuit is the thermal management system. As LEDs do not emit heat as infrared radiation (IR) the heat must be removed from the device by conduction or convection. Without adequate heat sinking or active cooling, the junction temperature of the internal diode will rise, severely shortening the LED’s life span.

Today, the most popular type of LED for professional lighting is the surface mounted device (SMD). 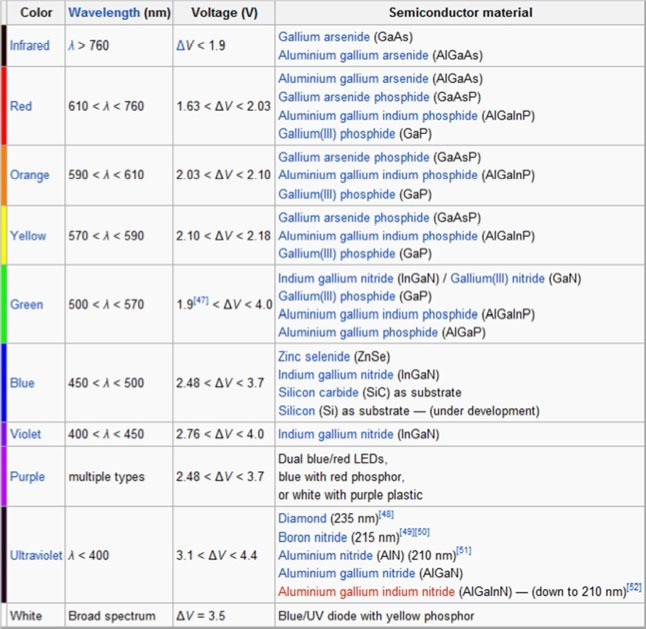 Incandescent lighting makes light by heating metal filament wires that are welded together to a high temperature until it glows.

A fluorescent tube is a gas-discharge lamp that uses electricity to excite mercury vapour. The excited mercury atoms produce short-wave ultraviolet light that then causes a phosphor to fluoresce, producing visible light.

There are two primary ways of producing high intensity white-light using LEDs. One is to use individual LEDs that emit three primary colours red, green, and blue, and then mix all the colours to form white light. The other is to use a phosphor material to convert monochromatic light from a blue or UV LED to broad-spectrum white light, much in the same way a fluorescent light bulb works.

This method involves coating an LED of one colour (mostly blue LED made of InGaN) with phosphor of different colours to form white light; the resultant LEDs are called phosphor-based white LEDs

If several phosphor layers of distinct colours are applied, the emitted spectrum is broadened, effectively raising the colour rendering index (CRI) value of a given LED.

The colour rendering index, or CRI, is a quantitative measure of the ability of a light source to reproduce the colours of various objects faithfully in comparison with an ideal or natural light source.

It is defined by the International Commission on Illumination as follows:

Basically the colour rendering index (CRI) is a measure of the ability of the lighting source to reveal the colours of an object and the higher the CRI the better, up to a maximum CRI of 100 which is closest to natural daylight.

Current LED’s used for interior lighting have a CRI around 80~83.

The CRI of a light source does not indicate the apparent colour of the light source; that information is under the rubric of the correlated colour temperature (CCT).

An incandescent light bulb’s light is thermal radiation and the bulb approximates an ideal black-body radiator, so its colour temperature is essentially the temperature of the filament.

Many other light sources, such as LED’s and fluorescent lamps, emit light primarily by processes other than thermal radiation. This means the emitted radiation does not follow the form of a blackbody spectrum. These sources are assigned what is known as a correlated colour temperature (CCT).

As the Sun crosses the sky, it may appear to be red, orange, yellow or white depending on its position. The changing colour of the sun over the course of the day is mainly a result of scattering of light, and is not due to changes in black-body radiation.

The blue colour of the sky is caused by Rayleigh scattering of the sunlight from the atmosphere, which tends to scatter blue light more than red light.
Daylight has a spectrum similar to that of a black body with a correlated colour temperature of 6500K.

For colours based on black body theory, blue occurs at higher temperatures, while red occurs at lower, cooler, temperatures. This is the opposite of the cultural associations attributed to colours, in which “red” is “hot”, and “blue” is “cold”. Lighting is a subjective experience and each of us has a different perspective of colour and brightness. From my experience as a lighting consultant, here are a few examples of where I use different shades of white.

The process for producing LED’s cannot accurately reproduce LED’s with identical colour appearances (CCT), especially for white LED’s, so to overcome this the process of binning is used, whereby the LEDs are sorted into groups of similar colour appearance.

How critical it is to have precisely binned LED’s depends upon the lighting application.

The rule of thumb is – the shorter the throw of light before illuminating a surface or where numerous light fixtures are in the field of view, the more critical the binning.

Where to Find The Best in LED Lighting

Another revolutionary technology ready to give colour and shape to any sound. 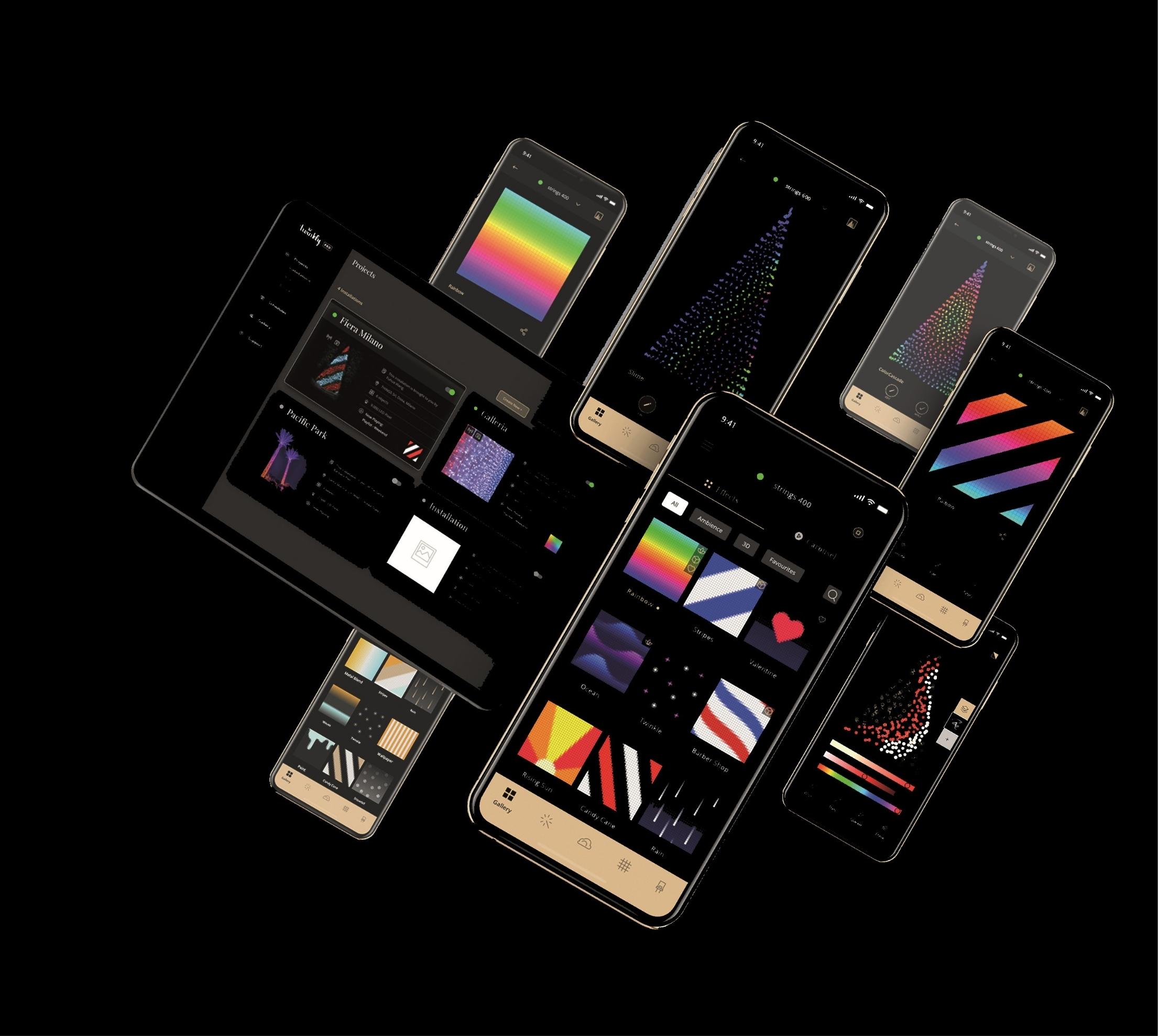 The only tool you need to locally configure your display of one or more controllers.

Allows you remotely control one or more installations with advanced features from any location.

Twinkly's LED's are individually controllable and can change colour and brightness in real time.

They run all the calculations and control elements necessary for the operation of your display. Yhey're a communication device connecting lights and applications.

Our Pro accessory line helps you handle the connectivity of your larger installations and control them from any location, be it local or remote. 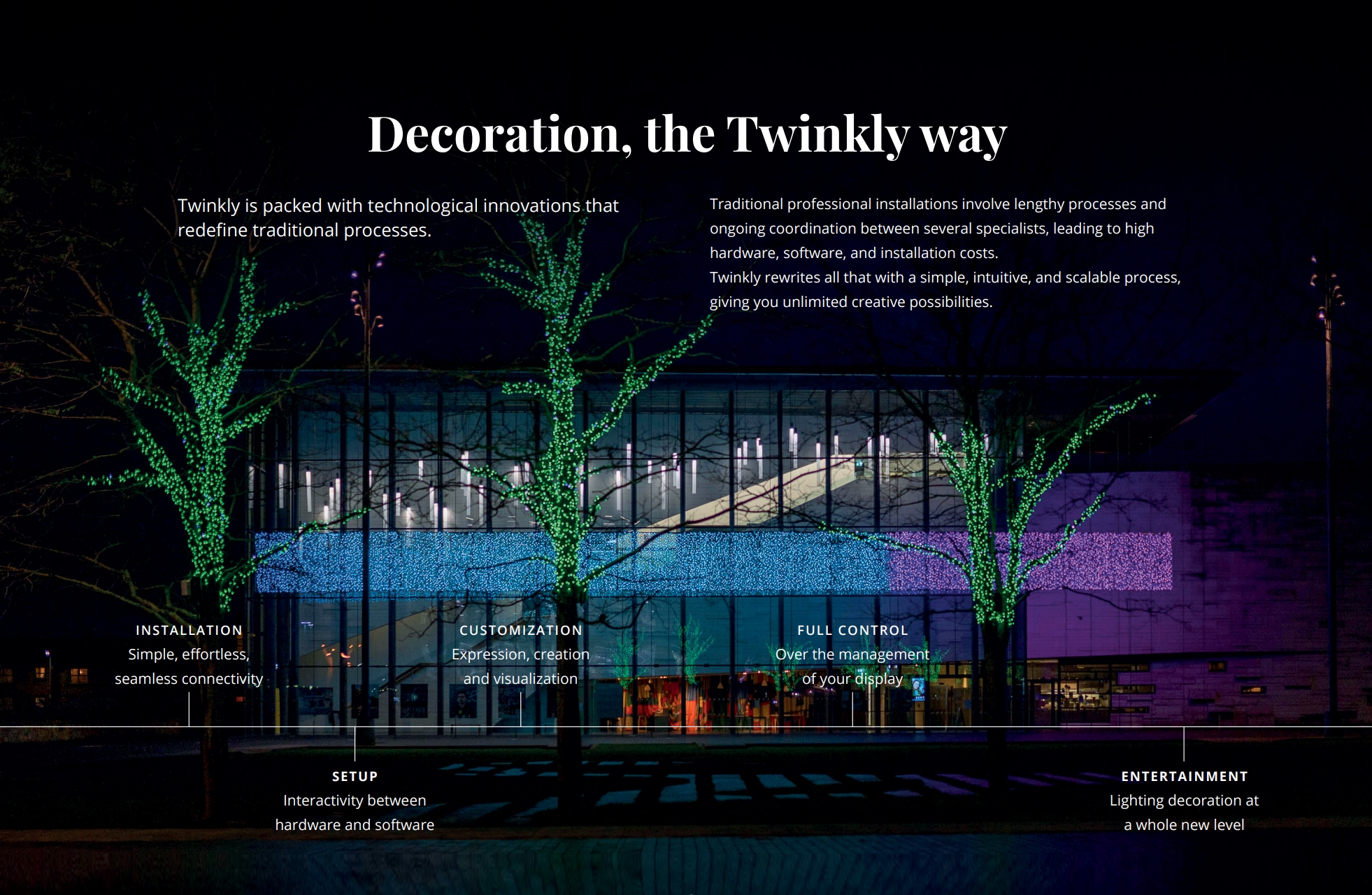 Get In Touch By Email